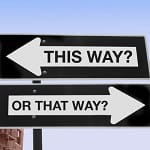 Why you should believe in the economy… or maybe doubt it

The economy showed many reasons for optimism last week, and many have responded with glee. But there are some worrying reasons to doubt that what we're seeing is real. Here we lay out both arguments and let you decide: What do you believe?

After more than five years and $4 trillion, indications from new Federal Reserve Chair Janet Yellen are that the end... View Article

While no one has a crystal ball, it looks like those who have surveyed the global economic landscape and predicted... View Article

We’ve said it before, and we’ll keep saying it as long as there are people who need the benefit of... View Article

The Federal Reserve is already telegraphing that the taper will not go well. In a speech on Friday, Ben Bernanke... View Article

With each passing day, there is more and more speculation in the markets that China is accumulating and holding more... View Article

Finally: The one sane voice from the Fed admits what’s coming…

In case you missed it: Ron Paul talks to Birch Gold Group