How powerful is gold in the global market?

The mining industry is a billion-dollar industry with the ability to shift the course of global markets. Chances are you are surrounded by things that needed some kind of mining activities to be created. Major infrastructure in both the developed and developing world—including bridges, railroads, vehicles, and other industrial innovations—are in heavy need of mining products.

The modern gold mining industry alone is a major source of income around the world. It contributed over $171.6 billion to the global economy in the year 2013 alone. Over one million individuals all over the world are directly employed by gold mining industries, with that number approaching three million if we factor in suppliers and support services employees.

And although the U.S. dollar is not backed by gold anymore, central banks all over the world still purchase gold to regulate the economy. Gold continues to affect economies on a global scale.

While gold continues to be a valuable investment for individuals, businesses also want to claim a stake in it. There are various types of gold companies that have sprung up around everything from mining through selling gold.

Below, we survey the various types of gold-related companies that exist so that you can get a better feel for the players in the industry.

As their names would suggest, major mining companies are the businesses that own and manage mines around the world.

Major mining companies tend to be comparable to large oil companies. They have access to a huge amount of capital, can finance research and exploration, and usually have been around for a long time. Most major miners were established more or less 50 years ago, and they have been able to last because they have steady cash flow resulting from their mining activities.

Every stage of gold production is subject to taxation, which means that major mining companies are also major business taxpayers. 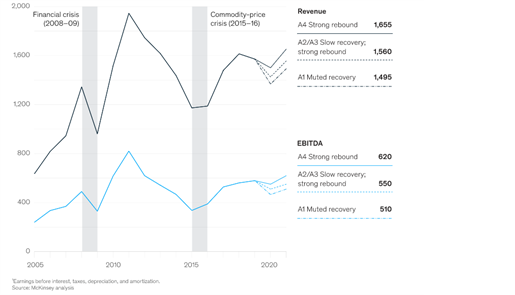 Junior mining companies can viewed as comparable to a mining start-up. Unlike major mining companies, they usually have relatively minimal capital and are in the process of looking for sufficient funding. The benchmark for their capitalization is commonly below $500 million.

Most junior miners do not own the assets needed for their mining operations, as they cannot yet afford them. These companies are also easily affected by commodity prices since they are not protected by contracts that guarantee stable prices. Therefore, the price of gold will directly affect the price of a share of a junior mining company.

Individuals, rather than institutions, are the most common investors in juniors because they are more likely to be willing to place a bet on the possibility of gaining high returns in a short period. Since juniors are characterized by instability, their finances have the tendency to fluctuate which makes them a high-risk investment.

Mining gold and other precious metals is one of the most highly expensive methods of extracting natural resources—but this is seen as an opportunity by royalty companies, which finance capital-deficient mining companies in exchange for gold royalties.

Owning royalties means that these companies have rights to a previously agreed-upon amount of gold and other precious metals from the companies they fund. Even in the unlikely even that the price of gold is in decline, the stability of these companies does not change because they have established a fixed price for mining output that is usually below the market price. Royalty companies follow a robust business model that directly combats the sometimes volatile nature of gold mining.

Diversifying your portfolio by purchasing gold can be possibly done in various ways. One can purchase shares of mining companies, buy the physical gold itself, or invest in exchange-traded funds (ETFs).

Exchange-traded funds track the prices of the assets that underlie them; so, for a gold ETF, there is only one commodity—gold—whose price is being tracked. Investors buy contracts in these funds in a way that closely parallels shares on the stock exchange. And although the fund is backed by gold, the individual investor will never receive gold directly—just cash equivalents.

You can dive into more detail on gold ETFs, but here we present them alongside the various other types of gold companies available out there.

A bullion bank is effectively a bank that operates within precious metals, meaning that it handles all transactions—including lending, investing, and servicing—of financial accounts holding precious metals.

The first-ever bullion bank was established in England in 1987, which was fully regulated by the Bank of England. Today the London Bullion Market Association (LBMA) takes charge of international bullion trade and strives to be “the global authority on precious metals.”

All over the world, bullion banks are banks that offer services related to bullion such as selling, trading, vaulting, clearing, and acting as a middleman between lenders and borrowers. Investors can purchase bullion itself, or merely rights to the bullion.

Physically purchasing bullion yourself brings additional considerations, since it may require you to put it in your personal safe at home, have it safely stored in the bank or in a third-party depository. Bullion banks that hold bullion on behalf of their clients hold no legal claim over the asset, even in cases of bankruptcy. (This is another part of why Birch Gold’s customers rely on trusted depositories.)

Certainly, regulations exist in order to protect both investors and banks. They are usually monitored by home agencies that vary from country to country.

An exchange is basically a market that allows investors or market participants to transact in an organized and centralized manner. They usually specialize around a certain type of asset, such as precious metals or cryptocurrency.

Transparency is one of the key benefits of exchanges. Buyers and sellers leverage an order book—to which they both have access—in order to show their purchase or sale interest.

It is fair to say that transactions occurring in exchanges normally result in higher costs as compared to over-the-counter transactions. However, just like any other market, these amounts are negotiable.

Precious metals dealers make these precious metals available and accessible to the general public, and they also provide gold to coin retailer companies, investment companies, and jewelry companies. At times, they can even act as an intermediary to other external industries. 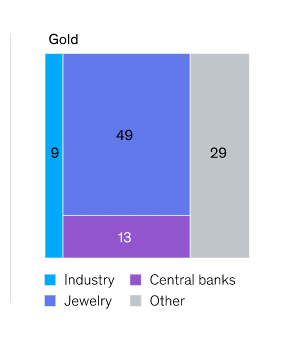 Graph 2. Metal demand in 2019 by end-use sector in percentage.

Having a reputable dealer with fair policies is crucial in making your investment successful. Be sure to engage only with those that are accredited by the major regulatory and compliance institutions. Over the years, the precious metals industry has taken action to close out untrustworthy dealers and make credible, trustworthy resources available to consumers.

A mint is a formal industrial establishment where currency is produced.

The United States alone currently has four coin-producing mints: Philadelphia, Denver, San Francisco, and West Point. Another facility that is part of the mint system is located at Fort Knox, but it only serves as a bullion depository.

Learning more about the process of refining and processing gold can be important when selecting types of gold to purchase. After all, different methods yield different quality results and result to some of the differences in purity you may see when comparing minted coins—even when they came from the same facility.

The top two most popular methods are called the Miller process and the Wohlwill process. In layman’s terms, the Miller process makes use of gaseous chlorine to extract impurities when gold is at a point where it is melting. The impurities previously ingrained in the raw gold then rise to the surface, separate from the gold itself. While this process takes up little time and is rather simplistic, it produces gold with 99.5% purity only.

On the other hand, the Wohlwill process uses electrolysis. The impure gold is submerged in an electrolyte solution composed of hydrochloric acid and gold chloride. Electric currents then cause the raw product to transform into its pure metallic state, yielding a purity rate of 99.99%.

As you read financial news on precious metals markets, you will likely encounter each of the players listed above; now you can make better sense of how they work together within the gold industry. And working together is critical to mapping out the future.

In 2014, the World Economic Forum set up a council dedicated to forecasting the mining and metals sector. The council presented 50 different factors and driving forces that determine the prices of metals in the mining industry. 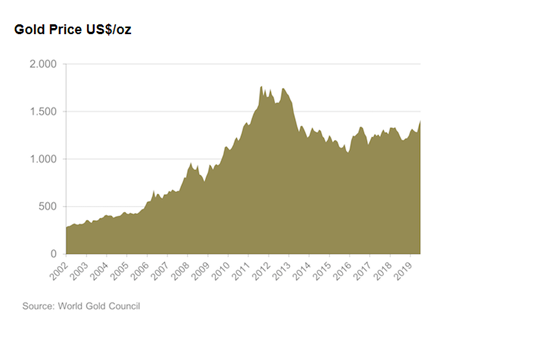 Despite some minor fluctuations, experts still agree that the future of the gold mining industry is robust and intact.

After decades of mass extraction, companies are finding less promising volumes of gold. While this may sound negative, it is actually an incentive for investors to invest in it because it adds to the value of gold. The law of demand explains why such is the case.

A report sourced from Thomson Reuters claims that in 2016, the output produced by gold mines as a collective dropped by 3%–the first such drop since 2008. In June of 2020, it was announced that the industry’s big-time supplier South Africa was dethroned by Ghana, which was a shocking announcement given that South Africa has been producing half of the world’s bullion.

All this being said, we can conclude that ongoing demand and limited supply will likely have positive effects on gold in the long-term, whether prices stay the same or even increase.