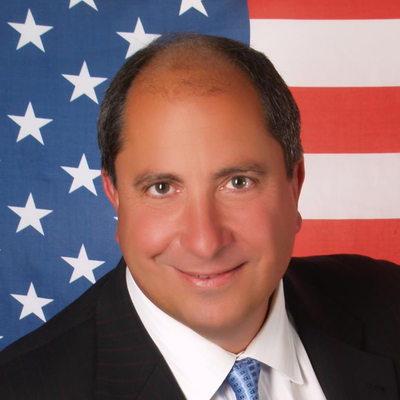 Even though the John Fredericks Radio Network reaches millions of Americans every day, John Fredericks is a lot more than a radio talk show host. He’s a media executive with over 40 years of experience,  a newspaper publisher, a TV host and newspaper columnist. He focuses on national news events including politics, economics and business. He and his wife Anne, the company’s CEO, owns a number of radio stations as well. Somehow, John also finds time to be a White House Correspondent and Cable News Network contributor.

John Fredericks has a well-earned reputation for tough reporting (they call him “the Godzilla of Truth”). He looks beyond the headlines, deeper into the forces affecting the nation. He works hard to present a variety of views on his shows in a respectful, civil manner. Some folks may call that old-fashioned. Here at Birch Gold, we admire his attempts to find common ground and move past sound bites into substantive discussions.

His line-up of radio shows includes the John Fredericks Show and Outside the Beltway, broadcast on the Real America’s Voice network.

John Fredericks and his wife Anne are happy customers of Birch Gold Group, and they aren’t shy about it! On November 19, Fredericks told his audience:

I urge everybody to really look into this, the possibility of diversifying your savings with physical gold and silver. And the only company I deal with is Birch Gold Group. Now, Birch Gold is the company that I trust with precious metals. They got an A+ rating with the Better Business Bureau. You go on the internet, they got a million five-star reviews. My wife Anne looked it up. Thousands of satisfied customers, us being one of them. They can help you protect your savings.

That’s just about the greatest compliment we could receive… Thanks, John!

John Fredericks frequently invites Phillip Patrick, a senior Precious Metals Specialist with Birch Gold Group, to join him on the John Fredericks Show. He’s made so many appearances that Fredericks has taken to calling him “our resident economist.”

On November 5, 2021, Fredericks interviewed Patrick on the “Build Back Better” 2022 budget and the politics behind it. Here are some highlights…

We already have 30-year record inflation on the pandemic stimulus spent over the last two years. A stock market at historically-overvalued levels, the second-highest in history.

On the other hand, we have nearly $30 trillion in debt.

We’ve created a mountain of debt that the nation simply can’t climb any longer. No one really believes the U.S. is going to pay back $30 trillion dollars. That’s one and half years worth of total GDP, everything we produce. That’s simply insane.

But we can’t default outright. The effects of that would be significant.

What concerns me is that the Dems are positioning the nation for a “stealth default.” In other words, playing down these inflation surges and at the same time, lining up another $3.5 trillion in brand-new spending, which you and I know will increase inflation.

Inflation is bad for everyone here in the US, it’s the only thing Republicans and Democrats agree on. But inflation’s not necessarily for the government, particularly when it comes to debt. Right now, the after-inflation yield on a 10-year treasury is negative -0.92%. That means, for every single day that passes, government owes less on that mountain of debt.

Now, think about it this way: if your mortgage had a negative interest rate, would you be in a hurry to pay it off? Of course not. Simply put, price inflation is debt deflation.

The problem is, we’ve seen this movie before. This was the route, and I hate to lump the U.S. with these countries. Venezuela just knocked 6 zeroes off the bolivar. Argentina’s seeing 50% annual inflation. Both of these disasters resulted from persistent attempts to revive the economy with massive government spending.

Trying to use high inflation to burn up your debt, it can work, but  it’s kind like using a flamethrower to cook a hamburger. It’s hard to control, it’s unpredictable, and you may end up burning your house down. It’s a very dangerous policy.

You can listen to the entire November 5 segment here.

Phillip Patrick: Well, that’s a delusion, for sure. We’ve said it before, it’s gaslighting, it’s just absolute nonsense some of the things coming out. But it’s also what’s happening broadly in the economy. We’re seeing bubbles everywhere. Stock markets, as an example, are at all-time highs, and people look at their account balances and think everything’s going well.

That’s really what I mean by the illusion of prosperity. What we’ve done today is we’ve created bubbles. And we’ve seen these in the past, many times. There were tulip bubbles back in the day. Mortgage-backed security bubbles. Dot-com bubbles.

They typically start when investors get excited about an asset, it could be a stock or a mortgage-backed security or even a tulip bulb. They pay more for it than it’s worth, so its price goes up, and when prices go up other people buy it, too. It’s a self-reinforcing cycle: prices go up, people buy more.

As long as there’s more money to pour into the market, prices keep rising.

“If you have a lot of cheap money creating too much competition particularly in capital-intensive businesses, it can wreck the profitability of any business,” Malone said. “There’s a car company [Rivian] that I guess is just going public that has a $130 billion market cap and hasn’t built a car yet.”

This is the height of absurdity. No one, and I mean NO ONE buying a share of Rivian today is doing so because they think it will someday become a profitable company. They’re buying and expecting to pass it on in a day or two, at a higher price, to a greater fool…

These are just a couple of highlights from Patrick’s many appearances. We asked Patrick what he thought about John, and he said:

John Fredericks is a really smart guy. Of all the media personalities I talk to, he asks the toughest questions.

Sounds like the relationship between John Fredericks and Birch Gold Group is one of mutual respect.

See for yourself why John and Anne Fredericks trust us with their physical precious metals investment. Get started today by simply filling out the form below.