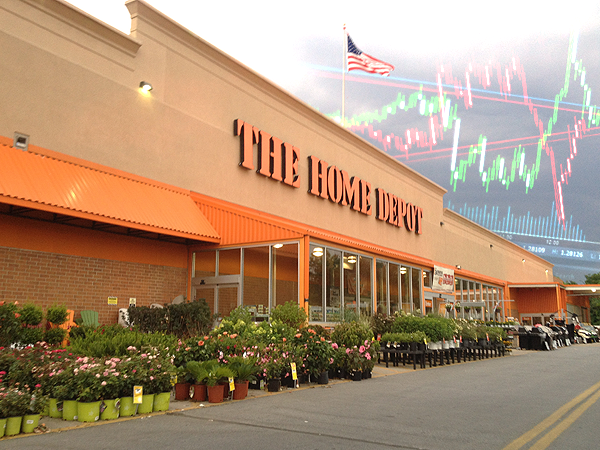 Photo by Mike Kalasnik | CC BY | Photoshopped from original

Corporations have been using buybacks to “rob Peter to pay Paul” since the Reagan administration created laws that allow it.

According to a Goldman Sachs chart, 2018 was a record year for buybacks, which neared $800 billion for S&P 500 companies alone: 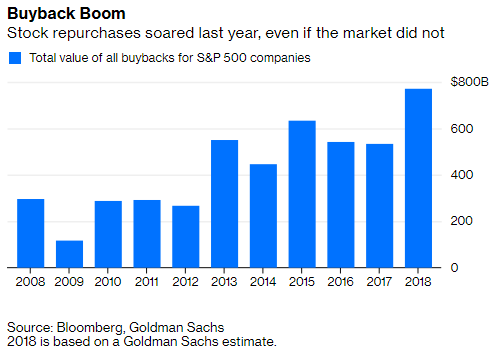 Even though these companies bought back shares, which should have spurred investment in more companies, that didn’t keep the S&P from dropping 6 percent by the end of 2018. But corporations are still getting a benefit…

This “sleight of hand” illusion allowed Apple to increase their market cap by $118 billion in 2018 on news that it would complete share buybacks in the amount of $210 billion.

They used tax incentives along with other forms of capital to complete the buyback. This move only helped Apple’s economy and their shareholders.

But they’re not the only company that has pulled off this amazing magical feat. Home Depot and “nearly 80 others” are also dipping into the “buyback gravy train.”

Using Home Depot’s 35% share buyback as an example, a CNBC article highlighted another implication of being a member of the “buyback monster” club:

All other metrics being equal, Home Depot’s 35 percent share count reduction means that earnings appear 35 percent better, without any change in “fundamentals” like revenues, costs or taxes.

So Apple increased market cap in 2018, and Home Depot has earnings that look better despite fundamentals. Seems a little shady. But corporations continue to take part in this less-than-ethical practice.

Corporate Buybacks May Explode Again in 2019

The corporate buyback machine looks ready to fire up again, with “some $800 billion in buybacks scheduled for 2019,” said J.P. Morgan’s chief U.S. equity strategist, Dubravko Lakos-Bujas in a CNBC article.

And according to Naomi Prins at the Daily Reckoning, it appears Fed Chairman Jerome Powell plowed the road for this new round of corporate “magic tricks”:

But Jerome Powell subsequently gave into Wall Street and took a much more dovish position on both rate hikes and balance sheet reductions. That means the coast is clear again to resume the buybacks.

Corporate giants like Boeing, Facebook, and Johnson and Johnson are listed among companies already slated to dip their ladles in the buyback “gravy boat.”

Plus, fundamentals don’t seem to be high on the priority list for these companies. Home Depot was one example, and Microsoft’s inflated purchase of GitHub last year is another.

All of this for the short-term increase in share price, when expansion or wage increases would benefit the economy more.

If companies like these are the ones propping up this market rally, and then the “house of cards” came tumbling down, the outlook would be terrible.

Don’t listen to big financial firms saying “this time it’s different” when they are talking about big companies with shady fundamentals. They only have one legal obligation: more profit for their shareholders.

Instead, focus on making the guiding fundamentals for your retirement portfolio sound. Diversification, risk management, revenue, and proper tax guidance are a few ways to accomplish this.

You can also consider assets that tend to “de-risk investments” such as gold and silver, like Wyoming who is considering legislation that does this to their state financial holdings.

However you decide to protect your retirement, now is the time. Eventually these corporations will go to the well one too many times. And when they do, who knows what will happen.