Home » Blog » Fed Warning: Is This The Next Debt Bubble?

Fed Warning: Is This The Next Debt Bubble? 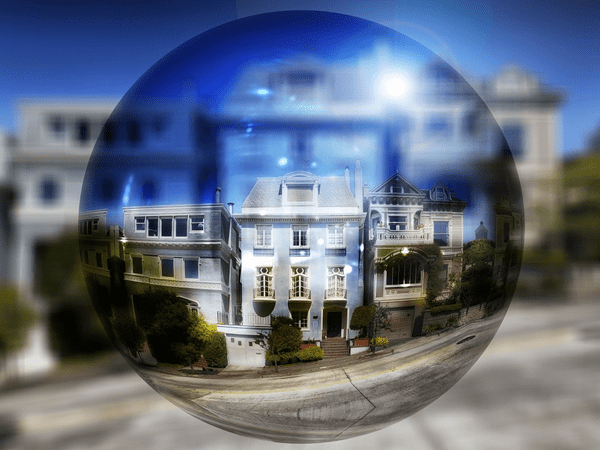 Household debt is rising at an alarming rate, along with credit delinquency in several sectors, and the Fed just issued a sobering warning in response. When this debt bubble pops, it could shake markets and touch every American’s pocket book.

In the case of our last crisis, mortgage debt was the primary culprit. But with the debt bubble that’s growing today, credit cards, student debt, auto loans, and other forms of debt are all playing a part… and that could make the damage even worse.

Here’s everything you need to know about the threat this new debt bubble poses to your savings, and how to stay safe from it.

There’s only one other time in U.S. economic history that we’ve seen consumer debt activity like today’s, and that was back in 2008… right before a debt-fueled bubble collapsed the entire economy.

American credit card debt rose to exceed $1 trillion in June, shattering the previous record high set in the summer of 2008. Student and auto loans are breaking record highs as well. Student loans now sit at a whopping $1.45 trillion. And auto debt trails shortly behind at $1.131 trillion.

And mortgages? Well, mortgage balances have steadily increased throughout 2017, and they now stand at over $8.69 trillion.

Across every sector, consumer debt is at an all-time high. Now resting at over $12.73 trillion, we’re well past our previous peak from the third quarter of 2008.

That fact alone is extremely troubling, but what’s happening with credit delinquencies is even worse.

Delinquency rates are like a canary in the debt coal mine. When they start to rise, we know something bad is waiting around the corner. And that’s exactly what’s happening now.

It’s starting with credit card debt. Delinquency rates on credit cards have “ticked up notably,” according to a prominent Fed official. It could be an early indicator of a looming crisis.

A recent statement from the New York Fed reads (emphasis ours):

“While relatively low, credit card delinquency flows climbed notably over the past year,” said Andrew Haughwout, senior vice president at the New York Fed. “This is occurring within the context of loosening lending standards, as borrowers with lower credit scores recover their ability to access credit cards. The current state of credit card delinquency flows can be an early indicator of future trends and we will closely monitor the degree to which this uptick is predictive of further consumer distress.”

Pay close attention to those statements in bold. What the Fed is essentially saying is that consumers are failing to meet their debt obligations at an unusually high rate, despite the fact that our lending environment is at its “easiest” in decades!

And this isn’t just happening with credit card debt. Similar trends can be seen in the auto and student loan markets as well.

Ultimately, this means we’re approaching a tipping point with consumer debt. And once that point is reached, the consequences could be even more severe than our last debt bubble.

Protection from the Next Debt Bubble Collapse

So what kind of effects can we expect when this huge new debt bubble finally pops?

Stocks, bonds, and other traditional investment instruments will almost certainly behave just like they did in 2008… and anyone heavily invested in those instruments is dangerously prone to take a painful beating.

Hoarding your savings in cash isn’t a very attractive alternative either. When the Fed rushes to keep the economy intact with rate cuts and quantitative easing (and possibly even negative interest rates), thus flooding the market with more dollars, the spending power of the dollars you already own in your savings will be decimated.

But there is one asset that can offer both protection and opportunity for growth when this bubble eventually pops: physical precious metals.

After 2008, metals prices went through the roof — just as they have in response to every major crisis of the last century. And when this consumer debt bubble reaches its destructive end, they’ll likely do the same yet again.