Home » Blog » Gold Will Emerge Stronger Than Ever From the Post-Pandemic Environment: CPM Group

Gold Will Emerge Stronger Than Ever From the Post-Pandemic Environment: CPM Group 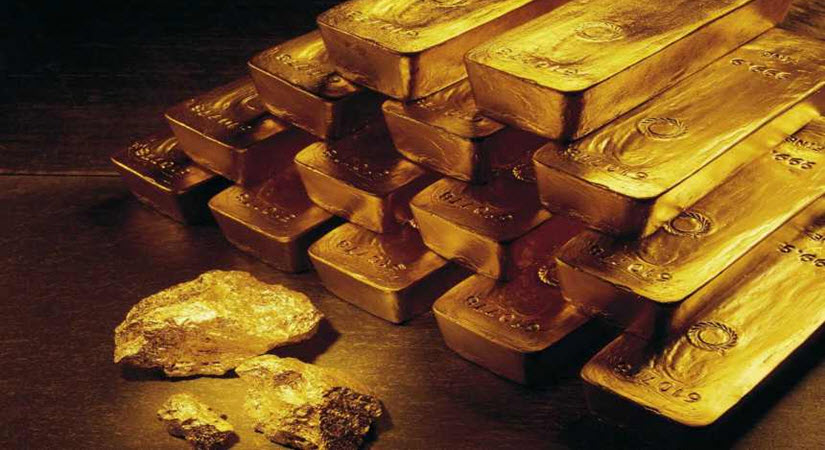 This week, Your News to Know rounds up the latest top stories involving gold and the overall economy. Stories include: How the pandemic wound up benefiting gold, debased money against steady gold, and opting for gold in an era of quick money.

Gold will emerge stronger than ever in a post-pandemic environment: CPM Group

We’ve often heard that gold is a primary beneficiary of crises unlike any other, when investors and the average person alike wondered what would happen tomorrow. Now, when at least some of the fear has diminished, CPM Group took a look at how the crisis aggravated existing problems that have been turning people to gold for decades.

In their Gold Yearbook, CPM highlighted sovereign and private debt, government deficits and loose monetary policies as the drivers that will position gold exceptionally well over the medium and long-term. The scramble for money to keep their economies afloat by both the U.S. and governments around the world have worsened these issues in monumental fashion. Growth was already contracting prior to the crisis, and CPM believes low growth could be the biggest consequence of the official sector’s liquidity rush.

With many countries appearing to adopt even more protectionist policies, CPM points to the long-standing trade conflict between the U.S. and China as something to look out for. The group also noted that many economies are projected to post a much slower recovery than that of the U.S. Regarding gold price, CPM doesn’t expect any major rushes such as the one seen last year. Instead, its analysts think investors will become more attracted to the metal over a longer period of time, slowly buying gold whenever a dip occurs. (More in line with the behavior expected of buy-and-hold investors rather than speculators’ constant turnover.)

Their sentiment agrees with many reports asserting that money managers are reassessing the traditional portfolio model and coming to view gold as a necessary inclusion. The group pegs its peak price forecast for 2021 at $1,995. As for demand forecasts, CPM said central banks will remain net buyers and add an estimated seven million ounces to their combined gold bullion holdings this year, while investors are expected to add another 42.8 million ounces to their portfolios.

Despite the paper money blizzard, gold remains on solid footing

Out of the many confusing statements issued by the Federal Reserve, Seeking Alpha’s Peter Krauth finds Fed Chair Jerome Powell’s recent talk of cryptocurrencies as “highly volatile and therefore not really useful stores of value, and they’re not backed by anything” rather surprising. These comments come at a time when the Fed is issuing trillions of dollars backed by nothing but faith, along with engaging in massive amounts of quantitative easing through buybacks and bailouts.

Krauth believes Powell wants to see inflation materialize, and the soaring inflation expectations that currently sit at their highest point in years affirm this. Like many, Krauth doubts the accuracy of the CPI, which states that prices for all urban consumers have risen by a meager 1.7% over the past 12 months. At the same time, we see prices for basic staples like food, building supplies and energy soaring.

Right now, the question is how and when inflation will come around, and how much will gold stand to benefit from it. The metal has seen a traditional correction as the 10-year Treasury yields soared, boosting the greenback in turn. Yet the conspicuous strength of the rise has also dented stocks, and should it continue, the Fed could be prompted to implement some form of yield curve control policy. (Alternatively, the yields on long-term Treasuries could correct on their own.)

This, alongside the flow of pent-up cash pumped into the economy, could cause a sudden spike in inflation as has been seen through various points in history. The inflation rate jumped from 1% to 17% between 1915 and 1917, from 2% to 14% between 1945 and 1947, and 3.2% to 11% between 1972 and 1974. The circumstances that prompted these spikes were no less severe than the ones we currently find ourselves in, and Krauth believes that gold’s current pause could be a blessing in disguise for the mindful investor:

Right now gold is simply pausing as we work through rising inflation expectations, and the implications that brings. Odds strongly favor gold being much higher 12 months from now. This is the time to position in gold.

Portfolio manager Egon von Greyerz has a message for disappointed gold investors who have perhaps bought gold around the $2,000 level and are now wondering why the prices haven’t increased by orders of magnitude yet. von Greyerz, who invested into gold heavily in 2002 when an ounce was priced at $200, believes these clients are spending too much time comparing gold to Tesla and bitcoin.

With a P/E of over 1,000, a market cap of $650 billion and highly suspect trading activity, Tesla is perhaps the poster stock of the broader equity market. A bubble that everyone is looking to get some fast money in before it bursts. And, according to virtually every analyst, the correction in the overbought and overvalued stock market running on the tail end of the longest bull run in history could be a very disturbing one. von Greyerz thinks that an L-shaped correction in stocks could last a decade.

While bitcoin isn’t exactly poorly founded, governments’ struggle to get a handle on it has invoked imagery of that one time the U.S. government seized citizens’ physical gold to promote the dollar, among other things. And while the gains in both markets have been appealing, over the long-term, they are actually meagre because they’re priced in constantly-inflating currencies:

Most people still measure their assets in currencies like dollars, pounds, euros, that are dropping faster than the Niagara Falls. If you want to know your real stock market gains since 2000, you should deduct 85% since that is the loss of the dollar’s purchasing power in real terms since then. More than 99% of investors will have lost money on that basis.

A decade later, the price was up by 24x and 7x, respectively.