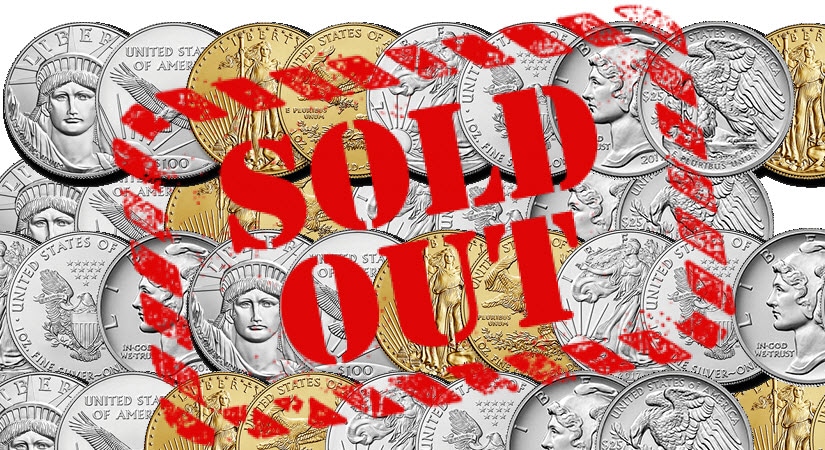 This week, Your News to Know rounds up the latest top stories involving gold and the overall economy. Stories include: The disconnect between gold and silver bullion demand and price, we could be months away from $50 silver, and trove of antique Roman silver coins unearthed in Turkey.

Despite record demand for gold and silver bullion coins month after month, the prices of both metals continue to linger within limited ranges. Gold even pulled back to just above $1,800 during Friday’s trading session. So what’s going on? Why isn’t the clearly-demonstrated demand driving prices higher?

U.S. Mint director Ed Moy, whose tenure stretched from 2006 to 2011, recognizes today’s situation and draws many parallels to the start of 2008:

The last time demand was this high was during the [2008-2009] financial crisis. People were panicking and buying into gold, and prices were shooting up. Then the government started injecting both fiscal and monetary stimulus, and you saw gold correct down maybe 20-30%. And then, over the next three years, gold began to climb until it set a new record of $1,925 in 2011. Afterward, gold didn’t decline until it became clear that the economic recovery was going to be slow, which eliminated the uncertainty. The Fed also had the time to mop up all the excess liquidity before it caused inflation.

The former director explained that, besides overloaded mints and supply chain disruptions, there are several other factors that could play an interesting role in shaping up gold’s price over the coming months and years. Moy believes that perhaps the biggest reason for the disconnection between price and demand lies in Wall Street’s shorting of the metals.

As Moy pointed out, market participants appear to have been overly eager to turn to optimism due to aggressive stimulus measures being taken to repair the economy. However, much of the stimulus money has already ended up in the hands of financial institutions and in turn equities, creating bubbles and inflating asset prices.

A quick economic recovery, such as the one traders are hoping for, will likely bring on rapid inflation that the Federal Reserve won’t be able to keep in check. On the other hand, gold stands to benefit just as much if recovery forecasts indeed turn out to be overly optimistic.

Either way, Moy thinks gold’s climb to $2,070 in August was the first in what could turn out to be a series of new highs, once again culminating in a persistently higher price.

While gold and especially silver holders might be dissatisfied with the lack of price appreciation in their respective markets despite sky-high bullion demand, things could soon shift in the favor of precious metals bugs. A variety of factors seems poised to drive the price of silver to $50 in the coming months.

With large U.S. bullion dealers like APMEX only issuing presales with 50% premiums and some, like London-based ATS Bullion, temporarily closing up shop, it’s clear that people are buying the little investment silver that’s still up for grabs.

With all this demand, why isn’t the silver spot price higher? At this point, many are pointing to some kind of price suppression in the paper market, and a closer examination quickly turns up the motivation for why certain forces would benefit from price manipulation. A run into silver is, in its basest form, a run from the dollar. Both act as wealth storage, and when faith in the greenback erodes, bullion is quickly turned to as an alternative.

When silver hit $50 in 1980, then-Fed Chair Paul Volcker restored demand for the dollar by bumping interest rates to nearly 20% in short order. Soon enough, investors piled back into the dollar and slumped silver’s price. In the current climate, such a drastic increase in interest rates would collapse both the economy and the stock market due to the massive amount of debt.

To avoid a deep-rooted banking crisis caused by a quick fall of the dollar, banks have a vested interest in supporting the greenback when investors transfer their wealth into safe, risk-off assets. One way to accomplish this is by shorting the silver paper market, and while this strategy supports temporary dollar strength, it’s only temporary if investors continue buying silver. A disconnection of this magnitude has only happened a few times in the silver market, notably in March, in September 2015 and February 2011.

Each instance was invariably accompanied by a near-doubling of silver’s price within months.

The magnitude of silver’s price rebound depended on how much the price had been suppressed. While markets are never easy to pinpoint, technical analysis shows that the current lag-behind most closely resembles that of 2011, meaning that we could be months away from silver finding a new all-time high above $50.

During a 2019 dig, archeologists from the Department of Classical Archeology at Pamukkale University in Turkey came upon an exceptional trove of first-century Roman silver coins. The 651-coin pile was found in the western part of the nation, stashed in a jug in the ruins of Aizanoi, part of what is today’s Cavdarhisar in the Kutahya province. 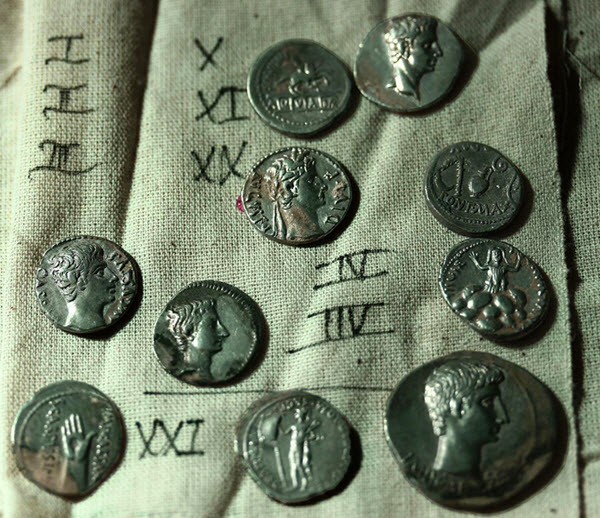 Professor Elif Ozer, who helmed the excavations in the area, shared some details about the find and how the coins might have ended up at the location. As Ozer noted, the coins are of such numismatic value that only one or two examples can be found in collections worldwide, making it one of the most notable finds in recent times.

Ozer said that the coins were minted in southern Italy, with 439 of them identified as denarii and 212 as cistophori. Although it’s difficult to give meaningful comparative values for money from before the 20th century because the range of products and services available for purchase was so different, this stash represents about 3 years’ salary for a legionnaire soldier of the Roman legions.

The collection includes various motifs associated with the Roman Republic period, including depictions of figures such as the first Roman emperor Augustus, Mark Antony, Julius Caesar and Marcus Brutus. Ozer and his team speculate that the stash could have been brought to the area by a high-ranking soldier in the Roman army.