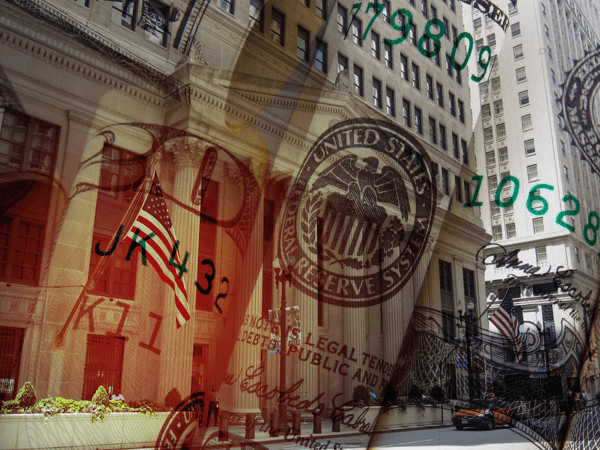 Photo by Ken Lund | CC BY | Photoshopped from original

Once you heat up a pan on a stove top, the pan will stay hot as long as the stove top continues to provide heat, even if you ignore the stove top.

Right now, CPI inflation since 2011 is providing “heat” like a stove top. Future rate hikes are the “pan,” and it seems like Chairman Powell wants to ignore the stove top. 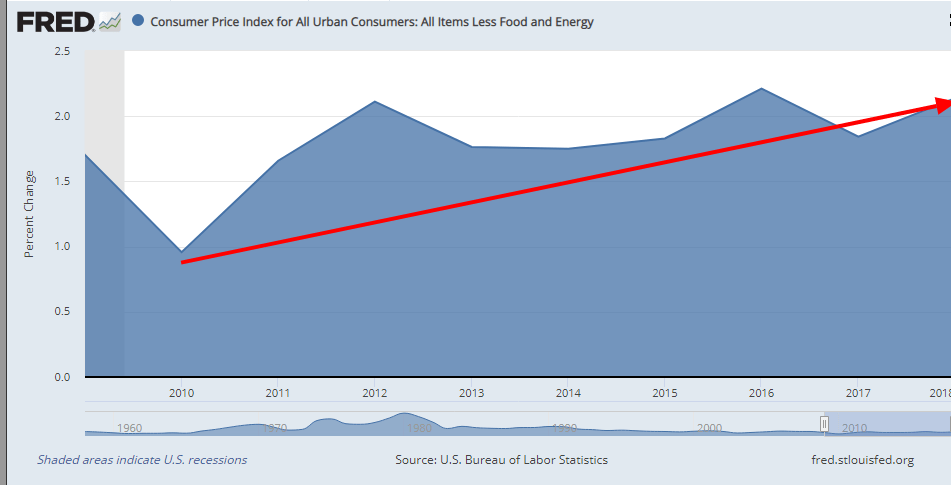 In the transcript for his January 30 press conference, Fed Chairman Powell explained his reasoning for the “wait-and-see” approach to future rate hikes:

Today the FOMC decided that the cumulative effects of those developments over the last several months warrant a patient, wait-and-see approach regarding future policy changes. In particular, our statement today says, “In light of global economic and financial developments and muted inflation pressures, the Committee will be patient as it determines what future adjustments to the target range for the federal funds rate may be appropriate.”

What Powell is calling “muted inflation pressures” doesn’t seem to be muted at all. Since the 2011 inflation spike, CPI inflation has stabilized at dangerous levels according to Robert Wenzel, referring to Powell’s comments (emphasis ours):

He made this comment as if price inflation had not spiked in 2011. And as if CPI growth hasn’t been basing at more than 3X the 2011 percentage change level, which suggests a potential serious upside spike that a blind amateur chart reader could spot.

Since the M2 money supply has also been increasing at a steady rate since 2011, the “serious upside spike” in inflation Wenzel is referring to may come to pass.

Then, who knows if we may revisit 1980s inflation levels as rate hikes boil over?

“Wait-and-See” Has Uncertainty Baked into It

Powell is good with words, but dig deeper, and you get a sense of the uncertainty in his remarks. Two recent examples from a recent 60 Minutes interview help to illustrate this.

First in a recent Newsmax article that reported on the video interview, Powell explained what “patient” means as it applied to rate policy…

Patient means that we don’t feel in any hurry to change our interest rate policy.

The fact that the Fed doesn’t “feel” in a hurry is key. Powell seems to define “patient” in terms of a relaxed emotional state, rather than reacting to what is actually happening with CPI inflation (setting aside “real” inflation). His “relaxed” wait-and-see approach doesn’t inspire confidence in light of this.

Finally, Powell seems to attempt to absolve the Fed of responsibility in further comments from the same 60 Minutes video, by claiming his magic “benchmark rate” was somehow growth-neutral…

At another point, Powell said the Fed felt its interest rate policy “is in a very good place right now” with the benchmark rate in a range of 2.25 percent to 2.5 percent, which Powell said was “roughly neutral,” meaning the Fed’s policy rate was not stimulating growth or holding it back.

He seems to have carefully used “holding it back” in his comment to reassure investors and economists that his policy implementation isn’t culpable for results. It also seems odd he used “roughly,” which implies the benchmark rate wasn’t “exactly neutral.”

If Powell’s interest rate policy isn’t exactly neutral, what is it? He doesn’t seem to know, and that screams uncertainty. Not good.

Don’t “Wait-and See” if Your Retirement Plan is Solid

If hyperinflation that mimics the 1980s hits the U.S. again, your money may not be safe. And it’s obvious from Powell’s uncertain remarks that you shouldn’t blindly trust the Fed.

Hyperinflation is already happening in Venezuela, and is always lurking behind the curtain, even in an economy as large as the U.S. To prepare, you’ll want to make sure your portfolio has a firm foundation that responds well to economic inflation.

This foundation can be built with assets such as physical precious metals. Metals such as gold and silver are historically known to do well during inflationary periods, making them a valuable asset during a time where inflation could run hot.