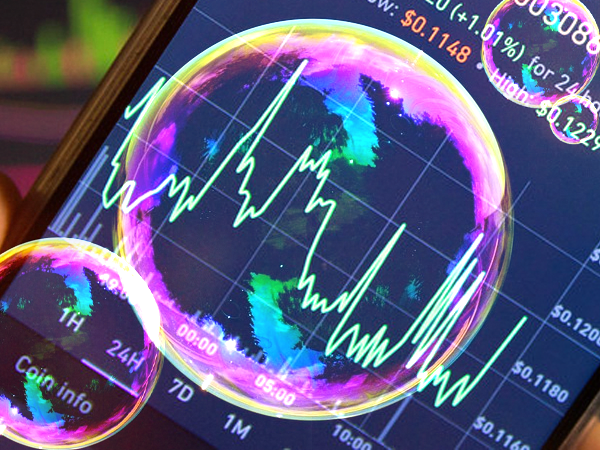 There is immense confusion surrounding July’s Federal Reserve meeting and the rather insane aftermath that has been spurred on in the trade war. The Fed’s latest rate decision of a mere .25 bps cut was seen as “disappointing”, this was then followed by Jerome Powell’s public statements making it clear that this was only a mid-year “adjustment”, and that it was not the beginning of a rate cutting cycle and certainly not the beginning of renewed QE. This shocked the investment world, which was expecting far more accommodation from the Fed after 7 months of built up expectations that the central bank was about to unleash the stimulus punch bowl again.

The question that very few people are asking, though, is why didn’t they? What is stopping them? Everyone from daytraders to the president wants them to do it, yet they continue to keep liquidity conditions tight. In fact, they even dumped another $36 billion in assets from their balance sheet in July. Why?

Keep in mind that the latest Fed decision does two things: First, it is an indirect admission that the U.S. is entering recession territory. Second, it is also an admission that the Fed doesn’t plan to do anything about it, at least, not until it’s too late. In other words, all those people who thought the central bank was about to kick the can on the current crash in economic fundamentals were wrong. As I have been predicting for many months, the Fed has no intention of trying to delay the effects of negative conditions any longer. The crash is now a reality that the mainstream will have to accept.

In order to understand why the Fed is withholding liquidity at this time instead of opening the floodgates, it is important to understand central banker motives. First and foremost, the assumption that the Fed is always concerned with keeping the financial system afloat is incorrect. The Fed has allowed the U.S. system to crash multiple times in history. In truth, the Fed has created bubble after massive bubble through stimulus and low interest rates, and then crashed these bubbles using liquidity tightening policies.

The latest example of this is the most egregious – The Everything Bubble conjured in the past decade is the largest and most destructive bubble ever devised. To find anything similar, we have to go all the way back to the onset of the Great Depression.

In 1923, the Fed instituted what was then called the Open Market Investment Committee; what some people today might call a “Plunge Protection Team”. The public rationale for this development was to help the Fed enact “monetary policy” which would allow them to stabilize the economy and markets after the recession/depression of 1920-1921. Using the OMIC, the Fed directly influenced the economy, stock markets and credit conditions by artificially lowering interest rates and purchasing government securities and other assets throughout the 1920s.

At first this kind of monetary interventionism in the economy seemed to be working spectacularly. From 1924 onward, the Dow Jones climbed relentlessly higher and recessionary conditions, at least on the surface, seemed to disappear. There were even assertions by economists of the day that recessions and depressions were a “thing of the past”, as were stock market crashes. Sound familiar…?

At the time, short term, long term and overnight lending rates remained relatively low in comparison to the high rates exhibited during the 1920 depression. The Fed stimulated through open market purchases all the way up to 1928. It was then that a sudden and significant shift occurred. The Fed began to deliberately tighten conditions in order to deflate the bubble they created. The Fed hiked interest rates and sold off assets from their balance sheet.

The Fed’s own historic accounts are muddy on this event, yet they do admit that the goal of the central bank was to restrict liquidity in order to disrupt credit conditions that were allowing speculation to thrive. To this day Fed officials act as though they were unaware that their efforts to stimulate actually created financial bubbles. And to this day, they still act as though they are unaware that tightening policy into economic weakness has a tendency to cause those bubbles to implode.

I say “into economic weakness” based on some of the most important underlying indicators of the day. For example, farm mortgage foreclosures increased dramatically in the mid-to-late 1920’s. Farming being a huge part of the U.S. economy at that time. Also, outstanding mortgage debt grew by eight times from 1920 to 1929, and consumer debt skyrocketed. The “Roaring 20s” were very prosperous for around the top 5% of Americans, while 70% remained in financial hardship. Again, does this sound familiar?

I find it hard to believe that the Fed is oblivious to the consequences of these actions. Former Fed chairman Ben Bernanke openly admitted that the Fed caused the Great Depression through interest rate manipulation and asset purchases in an address in honor of Milton Friedman in 2002.

So, if they are aware that the actions they took in the 1920s triggered the Great Depression, why are they following nearly the exact same pattern today?

Currently, most major fundamental indicators are showing sharp declines in the U.S. economy. There is no getting around this. The Fed has ignored all of these warnings for the past two years and tightened policy despite them. Whether or not someone agrees with the Fed’s actions is not really relevant; the point remains that the Fed has done all this before, and the result has always been the same – A historic crash.

The rate hikes and asset selling by the Fed in 1928 and early 1929 led directly to the “Black Monday” equities crash. Keep in mind the pattern here: The Fed stimulated through monetary intervention just after the recession/depression of 1920-1921. Around 8-9 years later the Fed tightens liquidity as the fundamentals are already faltering. A year to two years after that stocks finally realize what is happening and they crash.

Today, the Fed has stimulated a historic bubble in the decade after the recession of 2008/2009. This has mostly translated to a vast stock market bubble but very little improvement anywhere else in the economy (unless you actually believe the fraudulent numbers coming from the Bureau of Labor Statistics or the Fed’s GDP calculations). As economic fundamentals including housing sales, auto sales, manufacturing PMI etc. began to decline more aggressively, the Fed started to tighten liquidity. They also raised interest rates as corporate and consumer debt was hitting all-time highs, just as they did in the late 1920’s.

In the aftermath of the Great Depression banking conglomerates were able to buy up considerable hard assets for pennies on the dollar while at the same time consolidating political power. I suggest that the Fed and most central banks deliberately create financial bubbles and then deliberately pop them through tightening in order to engineer economic crashes. This allows them to absorb hard assets cheaply while also increasing their social influence. It is no coincidence that after every major financial crisis the top 1% increase their wealth by a wide margin while everyone else grows poorer.

That said, if we have established a pattern of behavior for the Federal Reserve, as well as a motive, then what happens next?

The Fed will continue to withhold stimulus measures until it is far too late to defuse crash conditions or to kick the can down the road. Jerome Powell told us this is exactly what they would do after July’s meeting. There are some analysts who refuse to believe that this will happen and that the Fed will be “forced” to introduce QE in the near term. This will only happen when the current crash in fundamentals hits its peak, and probably not until there is a sizable crash in stock markets (at least 20% if not more). The Fed will not be “forced” by market conditions to intervene early. They WANT a crash. This is the only explanation for the Fed’s decision and statements in July.

In the meantime, the trade war conveniently kicked into high gear only one day after the Fed broke the hearts of investors looking for an easy profit. The Fed’s minor “rate adjustment” and promise of no QE is all but forgotten as Donald Trump initiated new tariffs on China starting in September. China retaliated with a freeze on U.S. agricultural purchases, the U.S. labeled China a “currency manipulator” for the first time in 25 years, and China is now devaluing the Yuan (though not quite as much as many had feared they would).

As expected, the trade war circus has only escalated and there will be no end to it before the next U.S. election. It has also provided perfect cover for the actions of the Fed, and the current economic downturn is being consistently attributed to trade tension rather than the central bank’s policies.

Essentially what the Fed has done is create an economic time bomb, a sensitive explosive that could be set off by the slightest tremor. Any new geopolitical shock event could trigger this bomb. A No Deal Brexit, a shooting war in Iran, etc. The public will look to these events as the “cause” of the economic crisis, when it was actually the central bank that made it all possible.

Another interesting development has been the spike in gold and silver. As I predicted in my article ‘Gold Will Rise Even If The Fed Doesn’t Cut Interest Rates’ published in early July, the Fed has denied investors near zero interest rates and new QE in the near term, and precious metals jumped in price anyway. The dollar even bounced in response. Normally this would have caused a dive in metals but the dollar is not the only driver of gold. Market turmoil also causes price rallies in hedge commodities, and we have plenty of that now.

After the crash of 1929, the fed lowered rates substantially, but I would point out that this was no guarantee of stability. In fact, the Fed raised interest rates yet again only a few years later in 1932, which was a death blow to the economy. I would again assert that there are no guarantees that the Fed will not raise interest rates even in the midst of a dramatic downturn. They have done it before and they can do it again.

I would also point out that expectation of the Fed folding to White House pressure are misplaced. Powell has stated that he has no concerns of Trump attempting to fire him and would stay in his position regardless. Also, any attempt by Trump to enforce currency devaluation through a declaration of national emergency could simply be denied by the Fed. This kind of battle between the central bank and the president would lead to a collapse in faith in the U.S. ability to pay off government debt as well as the eventual loss of the dollar’s world reserve status, but that is a subject that must be examined in depth in a future article.