The “Great Unlock” Does Not Change the Case for Gold 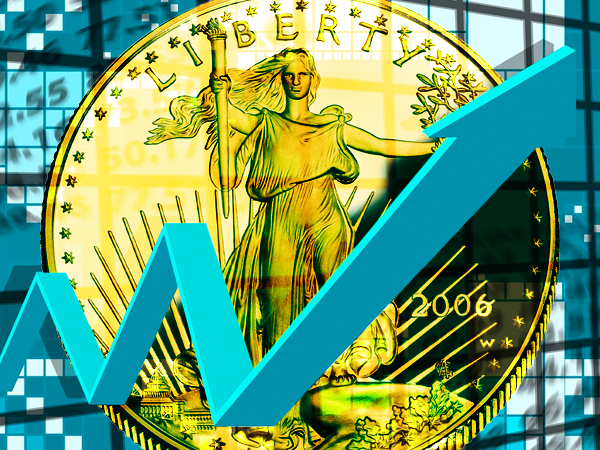 This week, Your News to Know rounds up the latest top stories involving gold and the overall economy. Stories include: Why a quick economic recovery might not be around the corner, gold investors could be facing a buying opportunity, and auction of first U.S. gold coin could see a $15 million bid.

The return to normal might seem rapid, but the economic rebound could be anything but

Given the sheer amount of damage that the pandemic caused to the U.S. economy, many are hoping that the recovery will be as quick as the reopening of stores and businesses – especially given the stimulus that has been issued. Yet, as FXEmpire’s Arkadiusz Sieron points out, the lockdown wasn’t a wholly governmental measure from start to finish, and the opening could very much reflect that.

Instead, many shutdowns occurred on an individual level, with citizens and business owners testing out the waters. The reopening is likely to happen in similar fashion, leaving consumers with a need to re-acclimatize to their pre-lockdown routine and certain businesses to act in accord.

The notion of a V-shaped recovery has caused some tumult in the gold market and stirred up optimism for the first time in a while. Yet any doubters are forgetting that the metal was doing just as well prior to the pandemic, riding on a six-year high driven primarily by low or negative interest rates.

The domestic economy that everyone is eager to return to was sending off red flags and recessionary signals for a while, whereas the global economy had likewise been contracting. The sheer necessity to keep interest rates low or negative for the foreseeable future is essentially a guarantee of the same environment that has been supportive of gold, and persistent issues like sovereign debt, fiscal deficits and general uncertainty are more than likely to keep it there.

Heading into last Friday, gold’s largest recent setback happened during March’s massive asset sell-off, which it quickly recovered from. Prior to that, gold had been enjoying its best six months in recent years, having jumped around 20% year-on-year as central banks turned their interest rates negative.

So while gold dipped on Friday due to positive payroll numbers, plenty of analysts have doubts as to the true strength of the recovery and expect a price rebound similar to the one after March. Looking at the long-term picture, TD Securities head of global strategy Bart Melek sees a suppressed economy held down by various uncertainties, while Rhona O’Connell, head of market analysis for EMEA and Asia regions for INTL FCStone, points to existing uncertainties that will become more prominent.

“Longer term, we still got geopolitical risks as the trade tensions that not gone away. We’ve got underlying risk in the economic and financial environment,” O’Connell said. “Do we know if the recovery in China and the early shoots the U.S. will cascade through to Europe? It is questionable whether the equity markets are reflecting the genuine potential for recovery in the next three-to-six months or whether they have gone too far.”

Melek stands by his previous forecast that the massive amount of stimulus issued by the Fed will debase the dollar, cause inflation to run above the desired target and ultimately bring gold to $2,000 by the end of next year. Until then, he pegs the $1,660-$1,670 level as strong support that investors shouldn’t hesitate to jump in on. Everett Millman sees the same level as a good entry point, adding that a jump back to $1,700 would act as a bullish signal and that a rebound in the gold market could happen as early as this week.

First U.S. gold coin ever minted to be sold for at least $15 million

The legendary Brasher Doubloon is not only the first U.S. gold coin ever struck, but also one with an exceptional set of circumstances around it. It was made in the same year the Constitution was written, just 11 years after the Declaration of Independence was signed and five years before an official mint was established. Instead, the coin was made as part of a small private batch by metalsmith Ephraim Brasher, who happened to be the  neighbor of George Washington.

John Albanese, founder of Certified Acceptance Corp, is certain that the coin passed through the first president’s hands at some point, adding that experts, hobbyists and historians generally view it as the greatest coin ever.

The coin’s uniqueness bolsters its allure, as it is the only remaining one in the series that has the metalsmith’s initials stamped on the eagle’s chest, rather than the wing. Its fame is such that it even inspired a 1942 novel called The High Window. Yet, despite this, sightings of the actual coin are rare and details surrounding purchases are scarce. Records show that the coin sold for $625,000 in 1981, $2.99 million in 2005 and $7.4 million in 2011, all steep jumps from the Doubloon’s initial price of $15. Now, the coin has once again been put up for auction by PCAG Inc for a starting price of $15 million.

While it’s a fair assumption that it won’t take long for the coin to find its buyer, Albanese believes the Doubloon is the likeliest coin to fetch a $100 million price tag at some point. In the meantime, it will look to break the record for the highest sale of a single coin ever, set by a 1794 Flowing Hair silver dollar that sold for $10 million in 2013.